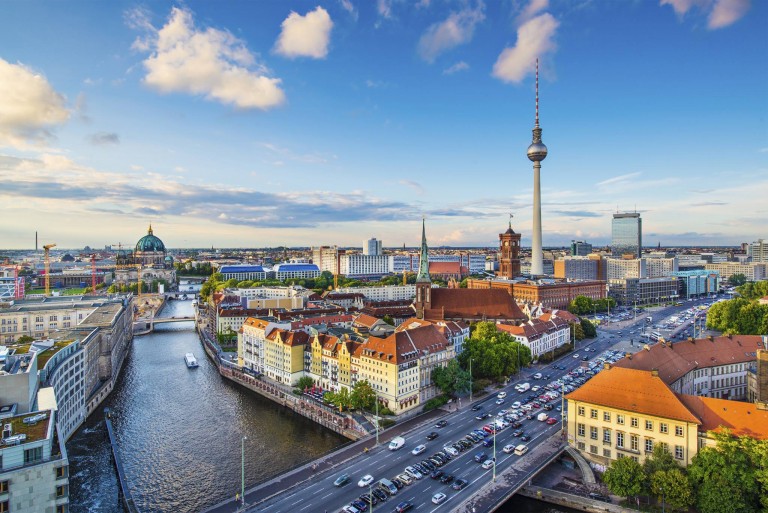 Mission Builders International’s job is to connect potential volunteers of every age and ability with worldwide service opportunities. God uses everyday people—like Phill and Pat S.—to accomplish extraordinary things in missions. As with many volunteers, Phill and Pat have discovered that serving has the added value of enlarging not only their circle of friends and family but their world. For them, retirement has become an exciting jumping-off point to a whole new life. Listen to what they have to say about their volunteer lifestyle:

“We have just returned from YWAM Berlin. It was the trip of a lifetime for many reasons, and we want to thank Mission Builders International for putting us in touch with them. Before we go to serve, we always pray that we will be encouragers, examples and servants. We saw God answer this prayer over and over during our month stay at YWAM Berlin.

“We served alongside Len and Lynne Benson. They are great traveling companions and work partners. The four of us complement each other and click as a team in every way. 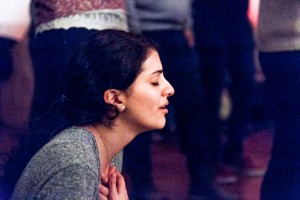 y ordinary people to impart hope on several levels, and there is not a greater joy! The staff and students, in turn, poured blessing after blessing into our lives. YWAM Berlin will forever live in our hearts. We were so deeply touched by them as they thanked us over and over again. They sent us off with a special blessing as they gathered around and prayed for us at the end of our time with them. We have gained friends and ‘grandchildren’ as we continue to keep in touch. The students and several staff are currently serving in South Africa on outreach. We are blessed to have the joy of praying for them, and seeing God at work in their lives equals joy!

“We have served more than 20 times at various YWAM campuses. We always say there is nothing spiritual about dry walling, tiling, painting, electric, cooking and so on, but there is great spiritual value in making it possible for young people to be discipled to go into all the world to share the gospel. Of course, we can’t go everywhere, but we can go where God leads. 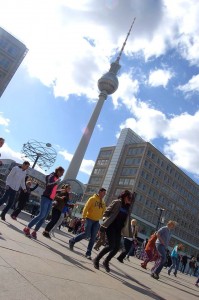 “If the Lord tarries and our health continues, we hope we can continue to invest in the lives of young people. We love encouraging the staff so that they, in turn, can spend their time teaching the Word and preparing others to serve. There is no greater retirement! And there is no greater joy than to impart hope to those who might be on the verge of becoming weary in well-doing.

“Thank you for connecting us with YWAM Berlin!”

Whether you are retired and young at heart, in the middle of raising your family or fresh out of high school and taking a gap year before college, volunteering is a great way to expand your world while making a difference. See where in the world a mission-building adventure might take you. Visit us at: www.missionbuilders.org. 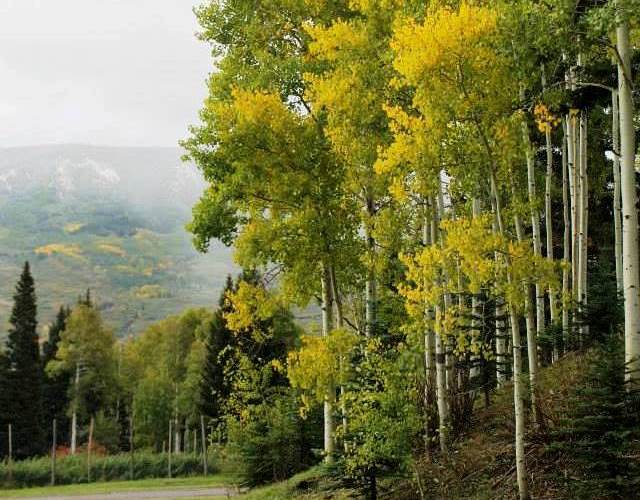 Hope for the Future

“Dropping chocolate chips on cookie batter is taking longer than it should because I’m gazing out the window at the mountains. It’s October 31st and winter is closing in here at YWAM Cimarron, Colorado. My husband Dean and I, in our role as Mission Builders, have just spent the last week helping the staff prepare for a remote, high mountain winter. Dean has been hauling wood for the various buildings and doing maintenance, while I 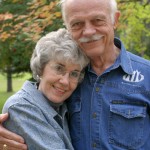 ’ve spent all week in the kitchen preparing food for the freezer…and whipping up daily sweet treats for the hard-working folks here.

It’s always a delight to spend time at this well-kept facility. But way more than that, it’s so heartwarming to see the way the staff here is so intentional about making a difference in the world. They’ve all done outreaches to bring hope and help to hurting people in many rough places.

“Being part of the ministry of Mission Builders International is a richly rewarding way of living as we vividly see hope for the future happening before our very eyes.”   — Dean and Molly K.

Where would you like to serve? Visit us at www.missionbuilders.org to find your opportunity. 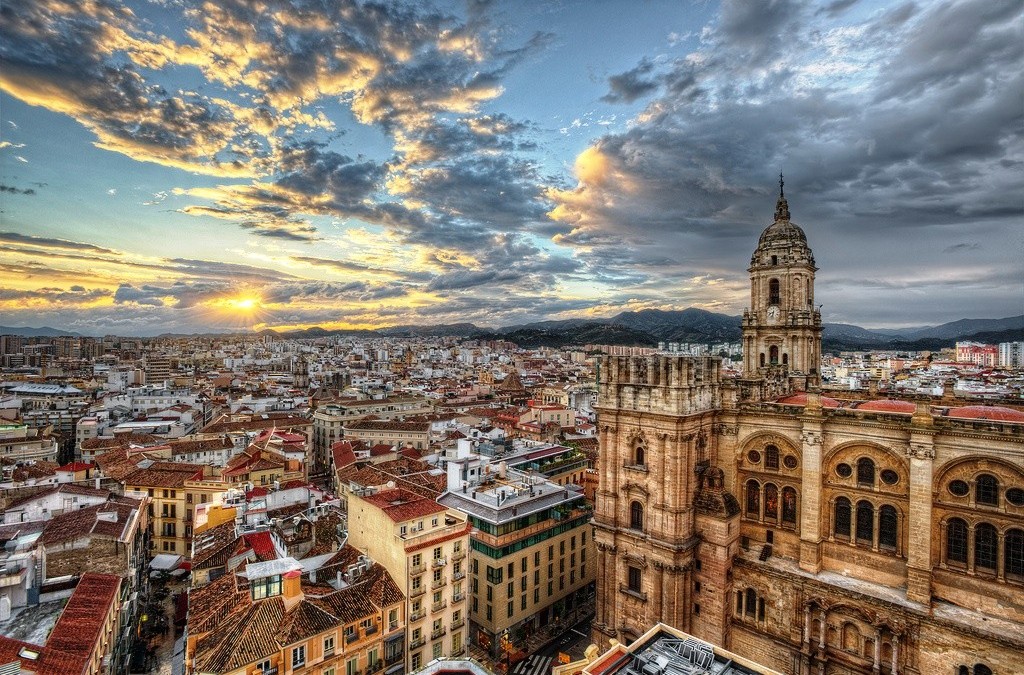 A Brother with a Blanket

I just got back from Spain recently. God has done so much I want to share, but for now I will tell some of the highlights.

As seems to be His way, God was showing up before I even got there. Sitting in the Paris airport waiting for the next flight, freezing because the air conditioning was way too low, I noticed a couple of men across from me. One was older, thin and obviously much colder than me. I had a blanket in my backpack so I pulled it out and offered it to him. It happens that he is an elder traveling with the pastor of his church in Africa. We talked until their flight left, simply enjoying how God brings His family together from around the world. A brother with blanket from America meeting a cold brother from Africa in France = life with Jesus!

Where I saw God at work the most is in the people I was there to serve, and what an amazing time! They were all there at a pivotal time in their lives training to pioneer the gospel in some of the hardest nations. My part was to provide them healthy meals so they have time and energy to focus on their part.

I also had the privilege of joining the class for a week in a location where we lived with Muslim families for the cultural experience. The family I stayed with lives in a 6′ by 14′ foot room; husband and wife, son and two daughters. While they don’t have much, they are one of the most loving families I have ever met. The amazing thing is that they had been previously exposed to the gospel and Jesus is showing Himself to them. The wife told us, “I have been praying to Mohammed and Jesus, but Jesus is the one who answers me!” 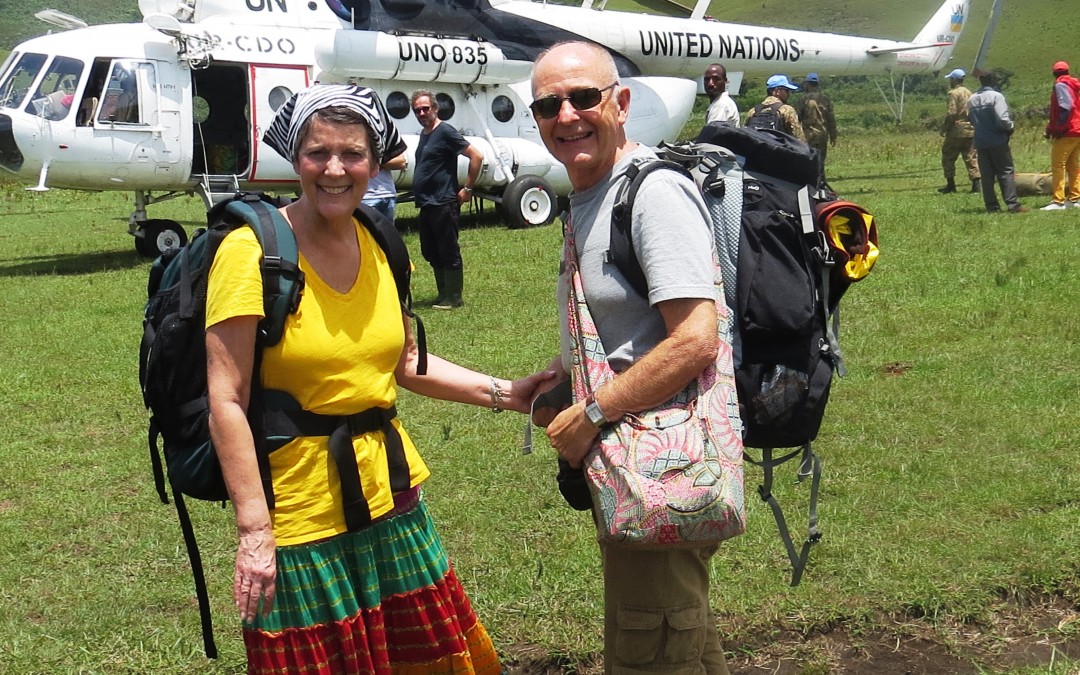 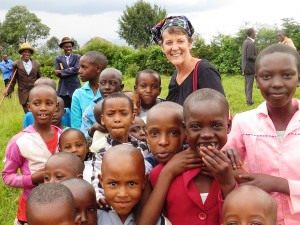 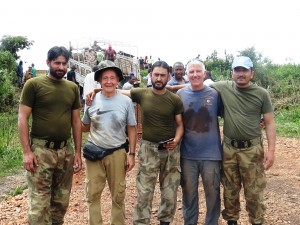