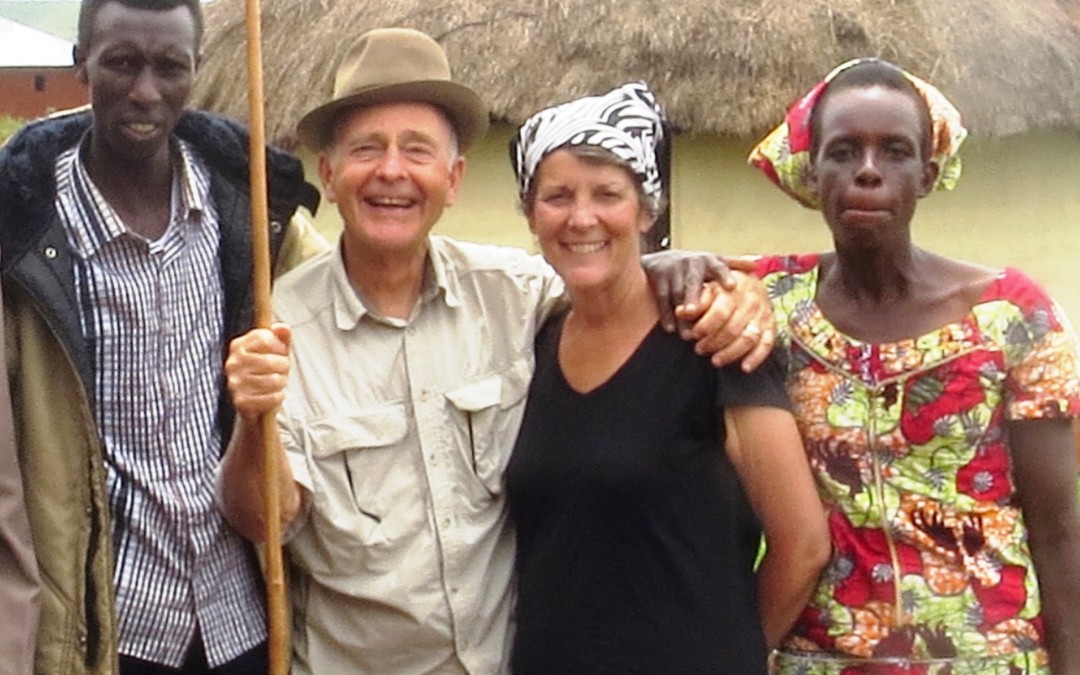 For veteran volunteers Pat and Thelma Lewis of Wenatchee, WA, mission building means assisting frontline missionaries in concrete ways, helping them succeed in what they are called to do. This typically involves specific projects for a two-week to three-month duration. But when the Lewises had the opportunity to serve in the United Arab Emirates (UAE), Israel, Jordan and the Democratic Republic of the Congo (DRC), they discovered God was asking them to go beyond mere practical service. He wanted them to be his ambassadors (II Cor. 5: 16-21).

The Lewises are accustomed to doing hands-on team projects through MBI’s RV Associates ministry. This time, however, “we weren’t going for a project,” Pat says, “but to help build relationships. Projects you can do in two weeks, but relationships and bonding cannot happen in so little time.”

What God asked Pat and Thelma to do for four months was step out of their comfort zone and be available, flexible and ready to learn.

In the UAE, the Lewises assisted at a guest house, a place of rest and restoration for missionaries. Through simple, practical service, the Lewises blessed men, women and families who are risking it all to take the gospel to some of the most dangerous areas in the world. Like the YWAMer who worked 10 fruitless years but is now awash in refugees due to war in Syria and ISIS brutalities. Or the couple with teenagers determined to stay, even though they are at great risk and have lost eight coworkers to violent death. Or the doctor who embalmed her own husband and two teen children after they were killed by radical fundamentalists. For Pat and Thelma, serving these missionaries became an act of deep, sincere love.

In Israel, the Lewises pitched in with practical preparations for their upcoming time in Jordan and the DRC. That meant gathering clothes, buying supplies, sorting and packing. While Thelma shopped and sorted, Pat visited Arab shop owners. Whenever the owners responded to his greeting, he would stay for a bit of conversation and give them tracts, DVDs or Bibles in Arabic. One owner wanted to know what Pat was doing in Israel. When Pat explained they were providing clothing to refugees in Jordan, the man donated clothes and the suitcases to carry them. Through him, Pat met another fellow who donated one hundred shekels ($25 USD) toward the project. It confirmed to Pat the Israelis wanted to be involved helping refugees in Jordan; all they lacked was an opportunity.

In Jordan, besides distributing food and clothing, the Lewises worked with a small, focused, low-profile team whose first priority was to disciple the growing number of new believers among the Muslim refugees. The team interpreter, versed in child evangelism, took them into homes where Pat and Thelma loved on the people and played with the kids while she taught Bible stories.

Of the refugees, Thelma says: “These people sacrificed everything to flee. Some either lost family to death or had to leave them behind. Some families got separated. But this small team went in, shared with them and turned the light on. For the first time in their lives, the refugees found out about heaven, about hope in Jesus. They’d never heard it in the Koran. Their freedom and expressions of joy were so much deeper than what we as Americans experience because we haven’t suffered these kinds of losses. It broadened my perspective. My world was so narrow before, and I don’t want to be like that anymore.”

When Pat and Thelma arrived in the DRC, they were surprised and delighted to learn the only way to get to their village destination involved United Nations transport. It was one more remarkable experience to add to their mission building adventure. Shoulder to shoulder with Pakistani peacekeeping soldiers, the Lewises arrived by helicopter to assist for two weeks at a primary school and fledgling university. That meant teaching English and dental hygiene to students all the way from grade school through college. Even the Pakistani soldiers responded to the Lewis’s good will volunteerism. “They took us in like their own,” Pat says. “We worked hard right alongside them and they alongside us to help in the village.”

Wherever they served on their mission-building journey, the Lewises saw people in need of prayer, desperate for more of God’s touch and provision. Pat says, “I prayed out loud and publicly more than ever before. I never considered myself to have that kind of ministry, but I was called on to be a leader in this area. It was something particular God had for me at this time.” Thelma adds: “We both felt more honored than ever before, but it wasn’t just a feel-good thing. God impressed on us to go deeper in keeping with that honor. People had an expectation. When they asked for prayer, we felt we should do it right there, at that moment.”

Pat and Thelma never saw their unique volunteer opportunities as radical. They only said yes to God, obeying his call to go and responding to the passion he put in their hearts to help change lives—and be changed in the process.

Has God put a passion for serving in your heart? Get in touch and let us help connect you to your opportunity somewhere in the world. Visit us at www.missionbuilders.org.