We are a team of experienced, enthusiastic YWAMers who are passionate about seeing you volunteer somewhere in the world while also growing into the person God has made you to be. 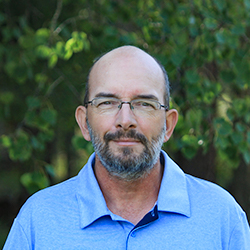 Andrew is originally from England and served two years with YWAM England and YWAM Jamaica. He met his wife Beth while staffing her DTS and moved to Florida in 1991 where he worked in construction and owned a landscaping business.
God called Andrew, Beth and their three children back into full time missions at YWAM Montana Lakeside, from 2011-2018 doing maintenance in the facilities department.
In 2018 Andrew joined MBI and maintains the MBI grounds and property, YWAM Lakeside's water system, works with VWAP teams and mission builders who serve here in Lakeside.

Andrews passion is to see others serve in a healthy and safe environment and to see other people experience missions first hand. 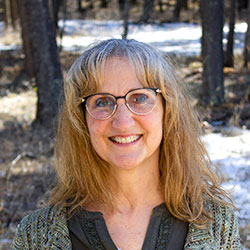 Becky Hefty did her YWAM DTS in 1976 in Bozeman, Montana, where she met her late husband Larry Hefty. After traveling the continental U.S. with their band, Shekinah, for six years, they rejoined YWAM in 1985 to help pioneer the YWAM Lakeside Montana campus, where they served with the Performing and Fine Arts Department until 2000. Larry passed away early in 2007. In 2008, Becky graduated from the University of Montana in Missoula with a BA in English, creative writing and literature, and a minor in history. She has served in communications with MBI for the last twelve years. 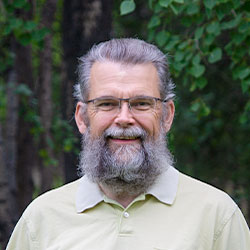 Brad comes from a four-decade-long background in industry as an electrician, electrical engineer, and project manager. In 2012 Brad and his wife of 39 years, Debra, participated in a MBI Crossroads DTS, then led corporate teams to YWAM San Jose, Costa Rica, to work with the Homes of Hope ministry. In 2016 they rejoined MBI as both board and staff members. They support MBI’s volunteer recruitment efforts from their home in Canada.

Brad and Debra have three adult married children – all of whom are serving in ministry or missions – and seven grandchildren. 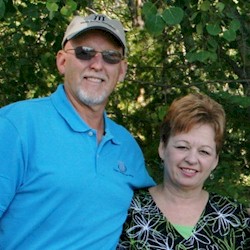 Brad Rauch and his wife Joyce have been involved in ministry for over 35 years. Most of his career has been spent in Christian broadcasting in Montana. Brad felt God direct him to Mission Builders International’s first Crossroads DTS in April of 2011. 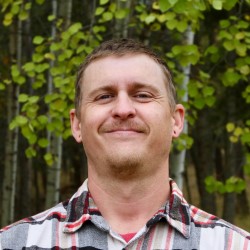 Bryan is from Minnesota. He has been in YWAM since 2003, serving with YWAM San Diego Baja where he worked with YWAM schools and programs such as the DTS, the Community Development School, the Chronological SBS, and Mission Adventures. Bryan also handled registration for incoming teams as well as helping with construction projects, translating for schools, and playing drums for worship. Bryan’s wife Indra is from Mexico. Indra has served with YWAM since 1999 while also working with her church’s youth and translating for schools and conferences. Together, the Helmbrechts sought to mobilize the local Mexican church for missions. Bryan and Indra have six beautiful children: Liel, Gianna, Amos, Naomi, Ivy, and Malakai. 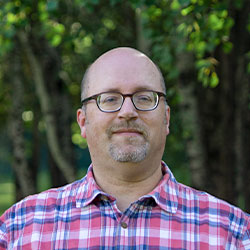 Craig Blair is a native of Montana and grew up in the local Flathead Valley town of Columbia Falls before attending college in Havre, MT. It was during his freshman year at college that Craig clearly heard the gospel and put his trust in Jesus Christ as his savior. Following his graduation from college, Craig joined the ministry of Campus Crusade for Christ. 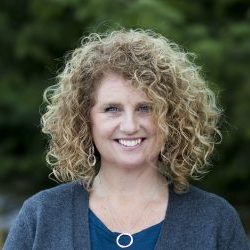 Dawn has been involved with YWAM since 1986. She lived in Hong Kong working with an evangelism ministry for four years, moved to Montana in 1992 and has held the following positions: SBS staff and leader, Programs Director, served on the council and leadership team and led one of four Families of Ministry. Dawn and her husband also travel and teach in various YWAM schools. In 2007, Dawn graduated with a Masters in Leadership – emphasis on Cross-Cultural Team Dynamics. Dawn has a passion to see people and teams empowered to be all God has called them to be. Currently, she is on the MBI (Mission Builders International) Core Leadership Team and is the lead for Leadership13. 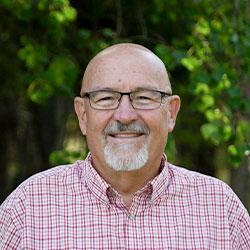 Gordy and Renee began their life-long work with young adults shortly after being married in 1973. He served as a youth pastor and music minister. In 1985 the McDonald’s moved to Lakeside, MT where they helped to pioneer YWAM Lakeside. There he served as director and then later was the Northwest Director for Youth With A Mission. He serves on numerous boards and is a personal mentor to leaders. Gordy has worked with a small team (Leadership 13) that he and two others formed 8 years ago. This team came together to coach other YWAM ministry locations (where invited) both domestically and around the world. Gordy has a degree in Sociology from Western Washington University and a MA in Leadership from Trinity Western University. Gordy and Renee’s personal mission statement is too invest the entirety of their lives, ministry experience, knowledge, wisdom and spiritual gifting for the advancement of God’s Kingdom and particularly for the growth and maturing of young leaders. 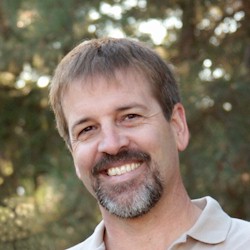 Prior to joining YWAM, Greg worked in a variety of industries including his own residential design and construction company, senior project manager in dotcom, and project management consultant in bio-technology. He is a certified PMP (Project Management Professional) from the Project Management Institute. Greg and his wife, Jan, and kids, joined MBI as field staff in 2007 and have worked on a wide variety of projects and teaching in YWAM  around the world. He continues to design campus master plans and buildings for YWAM locations. He is also involved in creating new technologies for growing food, clean water, custom programs for YWAM location operations, and our own website and database. 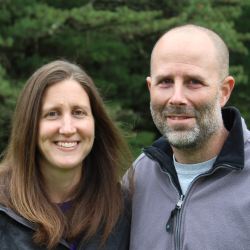 Jason and Renee joined MBI in 2021 after completing a Family DTS with YWAM Chico. Before their DTS, they enjoyed serving on a number of short-term trips with several different mission organizations. While serving with Mission Builders in Lakeside, Montana, during the summer of 2019, the desire to be more directly involved in supporting the work of YWAM became clear. Participating in FDTS and seeing the areas where they can be a support as a family, has encouraged Jason and Renee and their four daughters to join with MBI in holding up the arms of those sending and going into all the world. The Eberly’s hometown is in Pennsylvania where Jason has a background in construction and business. 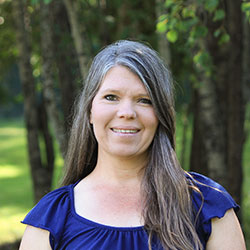 Jeanette grew up in southeast Idaho. She did her DTS at YWAM Montana Lakeside in 1990 and then joined staff the following year, serving until 2013. She also served at YWAM San Diego Baja from 2013 to 2018 in administration, student services, and debriefing. Jeanette completed her AA in Biblical Studies with the University of the Nations in 2013. She has also been trained in personal debriefing.

Jeanette is married to Ron Brewster and has two children, Meraiah and Sebastian. 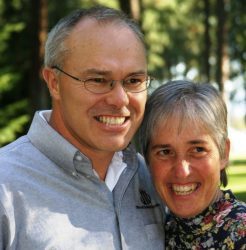 Before their calling to YWAM in 1985, John and Donna met while helping develop the bicycling enterprise BikeCentennial’76 (now Adventure Cycling) in Missoula, Montana. Both attended the University of Montana seeking degrees in Resource Conservation and teaching, later launching a multi-media company producing educational programs commercially. While Donna continued teaching in private and public schools, John was recruited to a financial management firm which led to his involvement in the pioneering of YWAM Montana’s ministry location in Lakeside from 1985-2000. After completing the first YWAM Lakeside DTS, Donna pursued her passion for serving children (three of their own, included) including the development of the preschool, foundation school, and Kings Kids, as well as working operations in the cafeteria, hospitality, the summer vacation with a mission program and as staff with several schools. John served primarily in administration and financial development before receiving the call to re-pioneer YWAM Mission Builders in 2000. From serving others, their roles have included every phase of MBI’s development, management, and participation in volunteer recruitment and placement. Their current roles with MBI include accounting, donor development, database and location services while serving as active board members. Donna also serves part-time with the YWAM online Biblical Core Course training schools. John is involved with a number of corporate board roles in the public and private sectors. Their hobbies include their grandchildren, going to the ocean, reading and research, organic farming, and gardening, animals, baking, bicycling, photography and hiking. 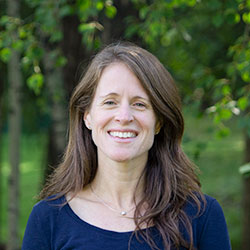 In 1999 Lane graduated from Georgia Tech with a degree in industrial engineering and then worked for several large corporate companies (Nike, Columbia, Disney) as a business analyst. In 2012 she joined YWAM Montana, where she served with 100 Fold Studio. Lane is passionate about processes and systems – she loves to make things more efficient and also implement and train others on software systems to help make their jobs easier.

Lane is married and has three children. 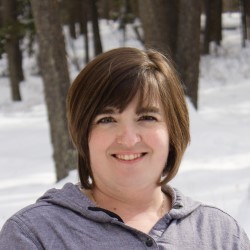 Reba did her DTS in Lakeside, MT, in 1999. She joined as a full-time missionary member that same year. Reba served in many different areas during her time with YWAM Lakeside, including five years as the Personnel Director and Visa Coordinator. Reba has a heart for administration and helping those who also serve in these areas in YWAM. Reba married in 2003 and served alongside her late husband, Jason Howard. Jason served YWAM for over 25 years before passing away in September 2020 of cancer. 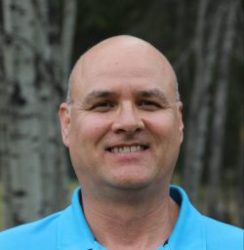 Ron came into YWAM in 1987. Aside from 3 years on staff at a Foursquare church in Roseburg, Oregon, Ron’s ministry career has been largely dedicated to YWAM. From 2002-2010 he was the director at YWAM Lakeside, Montana. He was managing director for YWAM San Diego, Baja from 2013-2018. One of Ron’s passions is leadership development, and in 2012 he received a Masters of Arts in Leadership.

Ron is married to Jeanette and has two children. 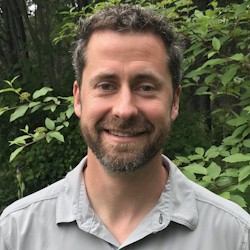 Ross and his wife Lane, along with their three children, completed their DTS at YWAM Montana in 2012.  After serving as a family for two months in northern Thailand, Ross has been using his architectural license to serve YWAM ministries around the globe.  Before YWAM, Ross graduated from Auburn University and worked on award winning projects out of offices in Portland Oregon, Birmingham Alabama, and Lakeside Montana, designing everything from University campuses and libraries to private residences and high-rises.  Ross’s passion is to create places that allow missionaries and ministries to flourish.  He is currently on staff with MBI and the director of Partner Architects.

HOW CAN WE HELP CONNECT YOU TO A VOLUNTEER SERVICE
OPPORTUNITY?