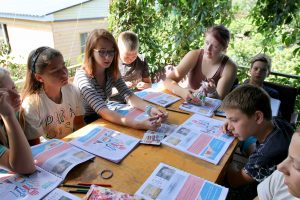 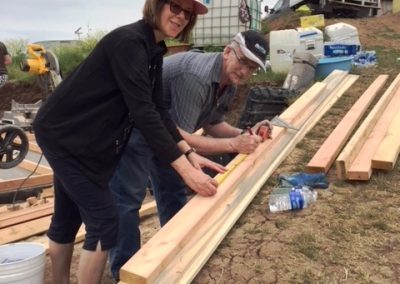 A Different Kind of Vacation 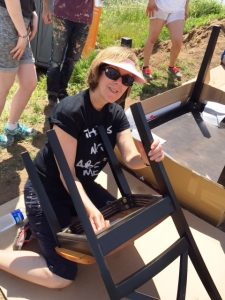 ission builder volunteers are a do-whatever-it-takes kind of people. They’re learners who aren’t afraid of new places or different cultures. They fit in almost anywhere; ready to tackle whatever work they’re handed. They love stepping into the relational and spiritual life of the campus they serve, often building life-long friendships with missionaries and other volunteers alike. Mission builders are the stuff real help is made of, which is why they’re first class world-changers. 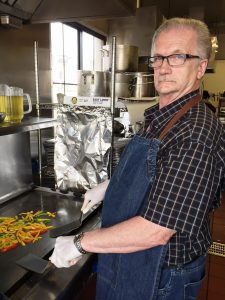 ine YWAM missions the world over. And Ken and Arlene W. are just the kind of service-hearted people we’re talking about. Here, in their own words, is their story:

“We didn’t know what to expect when we stepped off the plane in San Diego in March. But we did know that God had put it in our hearts to have a ‘different’ kind of vacation this time—a vacation that would be more about serving him and others than about being served. We had heard about Mission Builders, an arm of Youth With A Mission, from some friends of ours. After researching several opportunities on the internet and spending some time in prayer, we both felt a peace about serving in Mexico at the YWAM San Antonio del Mar campus.

“Upon our arrival, we were overwhelmed (in a good way) by the welcome we received and the friendliness of those involved in various programs there. YWAM San Antonio del Mar is a big and busy place. There are many ministries that flow out of this base. So aside from completing our daily tasks, such as food preparation and serving, washing dishes or cleaning toilets and mopping floors, we were also invited to join teams doing outreach in Tijuana and other nearby locations. 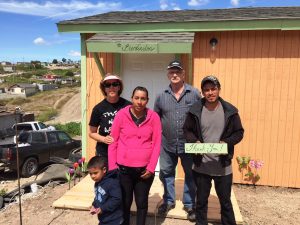 “This was like a dream come true for both of us. Early morning visits to a local orphanage to make breakfast for the children and visiting a local school with the library bus gave us insight into the lives of many Mexican children. We also had the opportunity to share with men in an addiction recovery center and a homeless shelter. Going for a prayer walk through the red lig 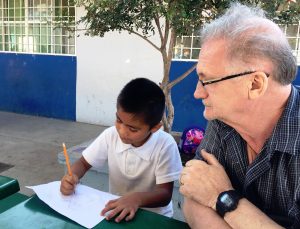 ht district of Tijuana and joining the team members who had started a program for children and mothers in another needy area of the city were definite highlights and real eye-openers as to how people live outside the resort areas of this well-known vacation destination. We felt privileged to join in with three different teams to build houses for needy families through the Homes of Hope program. Our hearts broke as we began to see these people through God’s eyes and with HIS heart. “I haven’t even touched on the blessing it was to fellowship and worship and pursue God’s heart with like-minded people from all over the world! All in all, by the end of our stay, we had fallen in love with the place and the people. As they say, ‘We have been spoiled for the ordinary’! We went to give but received so much more in return. Now we look forward to the next adventure that God has for us.” 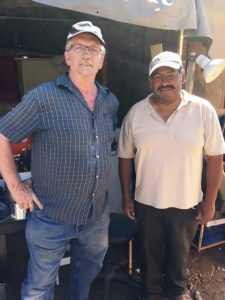 Does Ken and Arlene’s story resonate with you? Perhaps you, too, would like to take a vacation of a different kind. We guarantee your life will be changed while you’re 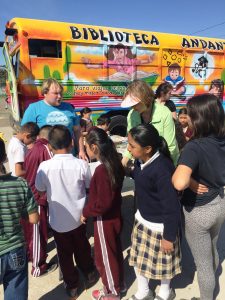 If you can see yourself serving, visit the Mission Builders International website at www.missionbuilders.org and search the “Where to Go” tab for possibilities (just look at how many!). Then click on Contact Us to request a link to the application process.

We’d like to welcome you to our growing Mission Builder volunteer family!