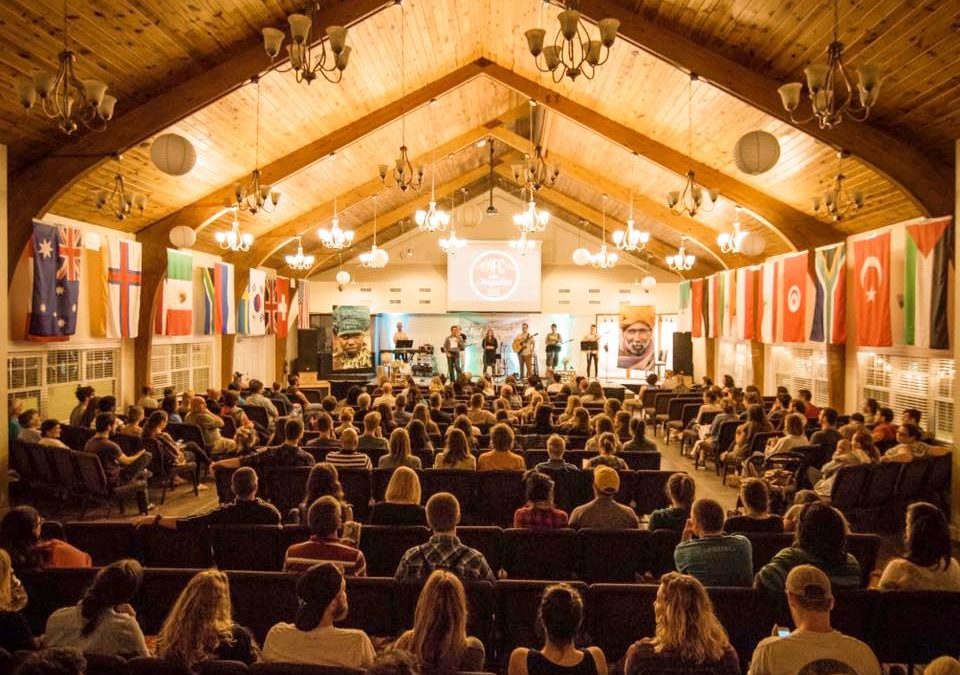 Everyone loves a good report. At Mission Builders International, we love hearing about our volunteers’ experiences serving alongside global YWAM ministries. The connection between Mission Builders and missionaries is more than just about the value of the work that’s accomplished; it’s also about the rich insights and relationships that result when people work together for kingdom purposes.

David H., who serves with MBI’s RV Associates, blessed us with the following two-week snapshot of his time of service at YWAM Orlando in Florida. We’d like to share his infectious joy and encourage you to find out for yourselves what God has in store for those who offer their time and skills. David wrote:

“A lot has happened in the last couple of weeks. Events below are just some of the highlights. 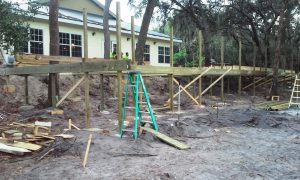 This morning the dining hall is filled with Mission Builders! About fifty Amish from Pennsylvania arrived over the weekend. Men, women, young and old! Many of them have been here before, several times.

After breakfast, the projects planned for the week are announced and the volunteers join the group where they feel led: replacing a roof on a house, building the deck on the dining hall, pool house rehab, cutting and clearing trees in the upper camp grounds. The tree cutting turns up a little shy on people, so I get asked to help with the chain saw work. Not a problem. It will be some good exercise for me, and the project I’m working on is not urgent.

An Observation on Christian Unity.

Throughout the week, as I work on the various jobs, I get to know several of the Amish: Jim, Lewis, Marcus, Lester, Mary Jane and others. They are hardworking people. They may dress and talk differently, but they have good hearts, and many times I catch a glimpse of Jesus in them, and I know they are my brothers and sisters in the Lord. This is very interesting, because YWAMers and Amish/Mennonites must be at opposite ends of the Christian spectrum, at least in outward appearances. YWAMers are quite free and open in their worship and style of dress, the Amish/Mennonites quite conservativ 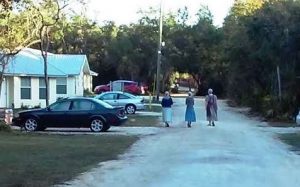 I am coming more and more to the opinion that unity among Christians will not come about by some new doctrine or theology, but rather by the individual followers of Christ discovering their brothers and sisters as they work side by side pursuing the kingdom work the Father has called us to do!

There is something about doing those things I know the Lord has called me to do. In that step of faith, new revelation takes place in my heart, and I begin to see with the eyes of my heart (my spiritual eyes) a new and broader perspective on the kingdom of God. A realization that my perspective of God has been too small. That I am a part of a family of God much bigger than I ever thought. How else can YWAMers and Amish come together in common effort and worship? Wow! Just a small glimpse of the kingdom of heaven!

More new faces are showing up at the base and great excitement is in the air! DTS (Discipleship Training School) students who studied here in the fall have been on “outreach” for the last two months. They are now finishing their program and are beginning to return. They will be arriving today and through the weekend, totaling about 80 students and staff who have been in Haiti, Europe, the Middle East and Asia. They will have some incredible stories. There will be a graduation for that class in a week or two. The next two weeks will be very exciting with all the stories.

Morning worship is full of people. It’s a good thing they don’t use chairs for our worship services; it’s standing room only this morning! Lots of hugs going around with the returning students. The singing is enthusiastic with all the excitement in the air. Worship ends with a few announcements. One of the leaders asks: “Raise your hand if you were in a country where you could not speak the name of Jesus or in a place where you had to speak in code.” Hands all over the room go up! I am amazed.

One evening a few days ago, some of the staff felt called to just go out to the community and seek the Holy Spirit’s lead in finding someone who might be in need. One of the young ladies ended up at Target, and once there, felt led to go to the baby clothes section—a little odd since the YWAMer was not married and had no children. At the baby section, she found a very pregnant mother who seemed troubled. She engaged her in talk. The young mother soon broke down and, with tears flowing down her cheeks, said, “My baby is dead. I haven’t felt anything for three weeks, and now the doctor has said the baby will be stillborn.” She asked the mother if she would like prayer. As the YWAMer prayed, the mother started sobbing and laughing; the baby had started kicking and the mom got all excited. “I can feel the baby! Here, feel it, feel the baby kicking!” They exchanged contact info, and the next day at the doctor’s office they found the heart beat right away and found everything normal with the baby! 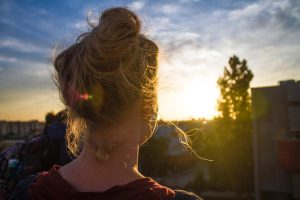 The enthusiastic singing of the returning students seems like it will bring the house down. The message: “Think Long.” What you do today will be the stories you’ll tell your grandchildren. Think about what kind of legacy you will leave.”

Ready to leave a legacy? The door to global volunteer opportunities is wide open. Contact us at www.missionbuilders.org and fill out your volunteer application today. Be sure to check out MBI’s RV Associates if “home” is wherever your RV takes you.